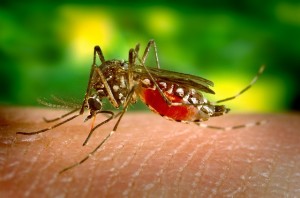 There are several different affordable pest control options for mosquitos. These insects result in irritating bites that result in a tremendous amount of itching and discomfort. The mere presence of mosquitos has the potential to ruin any outing – whether it is a picnic, a backyard barbeque, a swim, bicycling, hiking, or camping. It is not at all uncommon for many to believe that mosquitos have a true sense of our intentions to do them harm because, immediately after puncturing our skin, they fly off and disappear. Beyond being a nuisance to all that they come in contact with, mosquitos are known carriers to some of the most deadly conditions and illnesses. Additionally, the insects are considered to be the number one enemy when it comes to fighting global-based infectious diseases. This is one of the main reasons that it is exceptionally important to learn about the affordable pest control options for mosquitos.

According to numerous studies, mosquito-spread diseases result in millions of illnesses and deaths, worldwide, each and every single year. Based on medical research, it has been established that the most affected are children and older people that live and visit developing countries. The latest figures indicate that there are well over 3,000 different species of mosquitos that are currently in existence. Out of these species, it has been determined that only three of the species hold the highest level of responsibility when it comes to human-based illnesses and diseases. They are as follows:

Based on the research conducted on the nasty little pests, mosquitos use the exhaled carbon dioxide in the atmosphere, the body odors of people, the temperature of people, and their movement in order to find their victims. Interestingly enough, the females are the only mosquitos that have the components on their mouths to suck blood from their victims. When initializing the process, they inject two distinct tubes into the skin. One injects a special enzyme that inhibits the blood from clotting and the other is used to withdraw blood from their prey. While the blood is used for self-nourishment, the female mosquitos also use the blood as a protein source for their eggs. Male and female mosquitos also consume plant sugars, such as nectar. When searching for affordable pest control solutions, it is important to keep these facts in mind.

Mosquitos require water to breed. If you are attempting to get rid of the pesky little insects, be certain to eradicate all water sources that are simply standing. You may also use a variety of insecticide sprays to eliminate the pests from your property. There are even over-the-counter products that you may purchase that will actually deter the mosquito from biting you. The best affordable pest control option, though, is to simply call a professional pest control management team to address the problem. We here at All Pest Exterminating Inc. offer many affordable pest control solutions for mosquitos. Simply call us today for more information: 765-259-0043