According to research, there are approximately 7,000 different species in a total of 25 various subfamilies of assassin bugs, making these insects one of the most diverse and rampant within the State of Indiana. 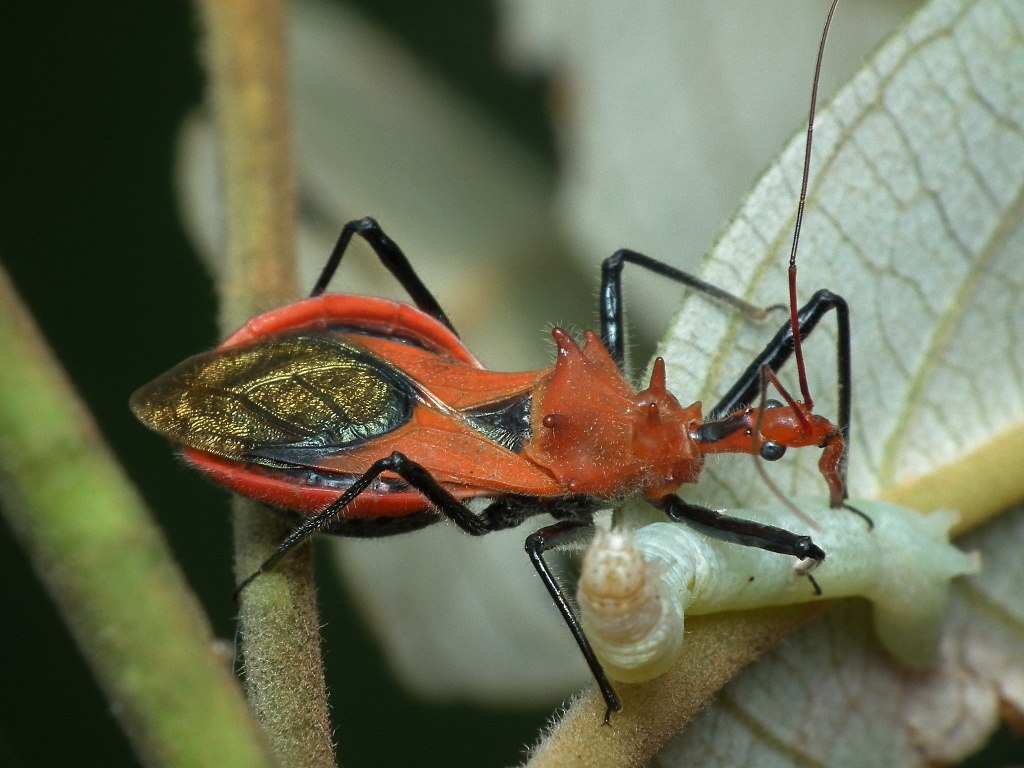 Assassin bugs are one of the most common insects within the United States and other regions of the world. This is due to the fact that they have the highest level of morphological diversity; that is, they are found in most of the terrestrial-based ecosystems and even in the microhabitats that exist, worldwide.

These insects have been discovered in desert regions, the tropical rainforest, tropical regions, and are highly evident in the habitats and the ecological communities that are present throughout the State of Indiana.

The assassin bug – which is commonly referred to as the “kissing bug” – belongs to the Order Hemiptera, which classifies them as “True bugs”.

On the assassin bug, the top half of the area of their wings are very tough and the bottom half of both the first and second set of wings is membranous.

The assassin bug has mouthparts that are able to pierce and suck. While there are many kissing bugs that only suck on plants in order to consume the juices, there are others that feed on humans and animals.

These have the capability to bite.

Assassin bugs can be taken care of with proper pest control measures. 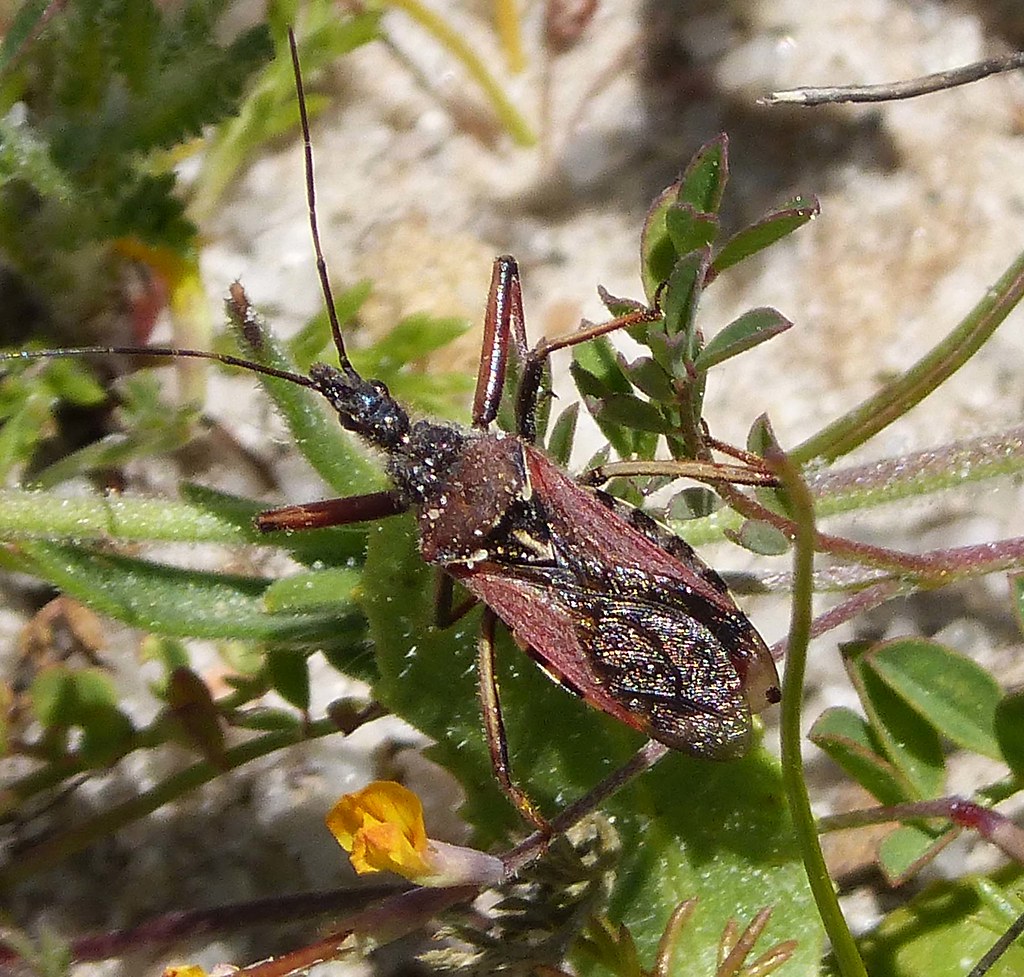 General Description of the Assassin Bug

The assassin bug is generally black or brown; however, there are some species that are actually very bright in color. The average size of this insect is 13 mm. All species typically have an elongated head, spine-like structures on their legs, a beak that fits into a groove on the head, as well as wings that do not fully cover the abdominal region.

The nymphs of the species look like the adult kissing bugs; however, they do not have the wings that adults have. The insects are identified as the “assassin bug”, the “kissing bug”, and/or the “Chagas bug”. The last stems from the fact that the kissing bug commonly carries the parasite that is responsible for the development of Chagas disease.

The assassin bug that most individuals refer to and know is the one that feeds on the blood of animals and people. It is found throughout 28 states within the nation. They are called “kissing bugs” because of the fact that they most commonly bite people near the mouth, nose, and/or eyes.

In most cases, one is only left with a kissing bug bite mark.

In other cases, the kissing bug bite may become detrimental to the victim’s health. The bite may become infected, may result in the onset of the development of a transmissible disease, may cause an allergic reaction in the body, may lead to the onset of Chagas disease, and/or cause sudden death. Continue reading to learn about kissing bug disease.

Kissing bug disease is, generally, not considered to be common within the United States; however, as populations of the assassin bug continue to increase – such as the case right now in the State of Indiana – this disease will become more prevalent.

According to the Centers for Disease Control, the way that a person reacts to the Chagas parasite from a kissing bug bite mark and the overall severity of the illness will be specific to the strain that the culprit parasite is carrying. The kissing bug disease consists of two phases.

The first can last for weeks or several months.

In some instances, symptoms are not present or are mild. The second phase could occur one to two decades after having a kissing bug bite. This phase could include serious even potentially fatal symptoms.

The following outlines the symptoms that could occur after a kissing bug bite that indicates the development of Chagas disease:

How to Get Rid of Kissing Bugs

The assassin bug species that feed on blood have a constant craving for blood. This usually initiates at night, just after the sun has set.

These insects will position themselves in certain areas to stay safe until it is time to feed. Examples include in natural debris (such as in leaves and under rocks), inside homes (such as under mattresses, in cracks, crevices, etc.), and inside areas where animals reside (such as kennels, coops, and nests). In order to get rid of these bugs, you must target these areas.

Unfortunately, over-the-counter products are typically not effective in combating infestations in a thorough fashion.

All Pest offers a solution that will get rid of assassin bugs, once and for all. Protect your loved ones, yourself, and your pets today from the potentially deadly effects associated with kissing bugs.