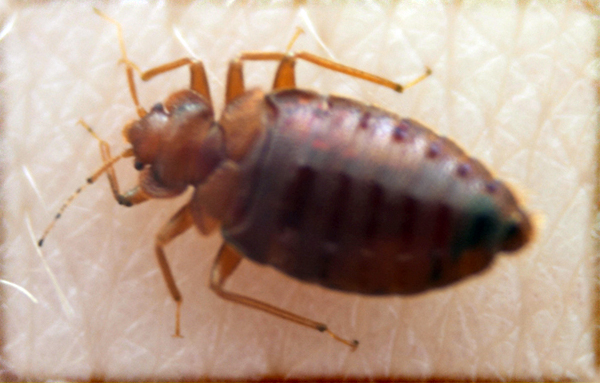 All Pest Exterminating is the best Bedbugs Exterminator Richmond!

Contrary to popular belief, the old saying “Sleep tight and don’t let the bedbugs bite” is very true. In recent times most people have not heard or seen these pesky little bugs and many thought they were extinct. This is not the case. Bedbugs are a reality and are surging rapidly in Richmond and surrounding areas.

Studies suggest that approximately 80% of the bedbug infestations are associated in the bed and furniture that is in close proximity. The next best source is upholstered furniture and carpets throughout the home. Bedbugs are highly mobile and very resilient. They readily move from one room to another and are very good hitchhikers – they cling on to people, animals, luggage, and clothing.  This creates major problems for everyone.

It’s not about cleanliness…

Bedbugs, unlike cockroaches, are not associated with filth or dirt. The level of cleanliness has very little to do with these infestations, however the cleaner the environment the easier it is to eradicate. The eggs are so tiny they are often overlooked which makes early detection extremely difficult.

Once bedbugs hatch, they require blood meals to survive before becoming adults. As they bite they release an anti-histamine into the body so we don’t feel them biting until the red dots and blotches appear. This takes about one month when the blood meals are readily accessible. They molt five times and a blood meal is required between the molts. The nymphs are able to survive months without feeding and the adult for more than a year before needing a feed. The females after becoming adults lay five eggs per day which makes multiplying fast.

We at All Pest are finding these bed bugs everywhere. In residences, duplexes, hotels, as well as other public places. We personally are averaging twenty calls per week at this time. Some comments we have heard are “We thought this was a myth and that bedbugs do not actually exist.”

Many ways to have these invaders come to your home is by traveling,  or purchasing used furniture and mattresses.

How to avoid a bedbug infestation…

When traveling, inspect your rooms. If you suspect there is a problem, let the management know as they may be unaware a problem exists. When accepting used furniture, be sure to inspect it thoroughly before taking it into your home. Finding and taking curb items should never be done.

When inspecting or looking to see if you have been invaded, follow these simple guidelines: look around edges of mattresses, very closely in upholstered sofa and chairs in all edges and underneath. Adults are approximately 3/16 of an inch long, reddish brown with an oval flattened type body. They can be mistaken for a tick or other insect. There may be spotting and staining of mattresses and linens.

Treatment is very tricky, usually requiring multiple treatments within a very short time period in order to attempt to eradicate them.

If you suspect you have become invaded by these bugs, contact All Pest Exterminating, Inc., your Bedbugs Exterminator Richmond and local leader in Pest control for a thorough inspection and recommended course of treatment.

Flattened, with one pair of legs on most of their segments; segments number from 10 to 100; 1 to 1-1/2 inches long; various colors.

Usually live outdoors beneath damp accumulations of leaves, stones, or boards. Occasionally centipedes find their way into homes, where they hide in moist basements, damp closets and bathrooms; when disturbed, they run swiftly.

They mainly feed on insects and spiders. Some species live as long as 5 to 6 years. Large jaws can inject poison, but a bite is comparable to a wasp sting, and is not life-threatening.

Brownish, 1 to 1-1/2 inches long; segmented, with a pair of legs per segment. Nocturnal; normally live outdoors under objects located on damp soil; hordes will crawl into homes.

They feed on damp and decaying wood and plant matter. Eggs are deposited in the soil; most species reach sexual maturity in the second year, and live several years after that. Occasional epidemics occur, where thousands of millipedes will infest an area, sometimes carpeting the ground with their bodies.

5/8 inch long, dark reddish-brown, with yellow-brown legs; large forceps (cerci) on the end of the abdomen, which pose no threat to humans. Found all over homes, particularly in cracks and crevices near or on the ground; active primarily at night. They are scavengers and will eat just about anything.

They lay up to 60 eggs are laid in burrows in the ground and guarded by the female; hatch in the spring. Many species have a gland which secretes a foul-smelling, yellowish brown liquid when threatened. Earwigs hide during the day under debris or in dark spaces, emerging at night to feed on plants, organic wastes, and smaller insects. The common name comes from a totally unfounded superstition that these insects crawl into people’s ears at night to bite them. Earwigs are harmless, only occasionally damaging flower blossoms.

Sowbug and pillbug adults are 5 to 10 mm in length, with segmented, slightly flattened bodies. Sowbugs have two tail-like structures on the rear end. Pillbugs lack these structures. Pillbugs roll into a ball when disturbed and are called “roly-polies.” There are seven pairs of legs and no antennae. Eyes are well developed. Sowbugs and pillbugs are more closely related to lobster and crayfish than to insects.

The tiny eggs are carried by the female in a pouch underneath her body. No description of the eggs is available. Young sowbugs and pillbugs resemble the adults but are smaller and paler.

Sowbugs and pillbugs are common throughout the Southeast. They live mostly in damp places. Sowbugs and pillbugs feed on moist, decaying organic material such as flower bed mulch, grass clippings and manure. Some are known to attack the roots and succulent stems of young plants. Adults and young feed by chewing tender, young stems and roots on plants which grow in moist places. Most feeding occurs at night.

Sowbugs and pillbugs require about a year to become fully grown. Most breeding occurs in the spring, but may occur throughout the year. One to three broods are produced yearly with 25 to 200 young per brood. The female carries the young in a brood pouch underneath her body. The young remain in the pouch for 1 or 2 months after hatching. The life span is about 2 or 3 years.

Silverfish are 1/2 to 1 inch and are brown or silver-gray. Silverfish are small, soft insects without wings. The abdomen has three filaments extending from it.Silverfish are not often seen by homeowners because they are nocturnal and can run very swiftly. Occasionally, they are found in bathtubs. They crawl in seeking food or moisture and can’t climb out. These insects prefer vegetable matter with a high carbohydrate and protein content. However, indoors they will feed on almost anything. A partial list includes dried beef, flour, starch, paper, gum, glue, cotton, linen, rayon, silk, sugar, molds and breakfast cereals.

Silverfish normally live outdoors under rocks, bark and leaf mold, in the nests of birds and mammals, and in ant and termite nests. However, many are found in houses and are considered a pest, or at least a nuisance, by homeowners. Usually they are found trapped in a bathtub, sink, or washbasin.

Adults lay eggs in small groups containing a few to 50 eggs. The eggs are very small and deposited in cracks and crevices. A female normally lays less than 100 eggs during her lifespan of two to eight years. Under ideal conditions, the eggs hatch in two weeks, but may take up to two months to hatch.

The young nymphs are very much like the adults except for size. Several years are required before they are sexually mature, and they must mate after each molt if viable eggs are to be produced. Populations do not build up rapidly because of their slow development rate and the small number of eggs laid.

A household pest, they feed on cereals and non-food items such as paste, paper, starch in clothes, rayon fabrics and dried meats.

Let All Pest Exterminator deal with these tiny crawling pests.