We have talked about house spiders, that are mostly harmless to humans and pets. Now spiders can either be a threat or a pet. In this article, let us find out what are the most poisonous spiders that are perhaps living in your backyard, basement or right inside your own room.

There are hundreds of species of spiders on the planet. Most of them thrive in rainforests, savannahs and other places where humidity and temperature are always favorable to all living things. However, according to research, there are over ten poisonous or venomous spiders lurking around, looking for preys and that could be us, humans.

Arachnophobia is a serious condition, especially for adventurers, but the most dangerous spiders in the U.S. are enough reason to want to avoid arachnids altogether. Arachnophobia, the fear of spiders, is one of the most common phobias in the world, and with reason. An adventurer can be mortally wounded by a spider if he tangles with the wrong species.

Named as the number one most poisonous spiders in the world by the Guinness World Records, Brazilian Wandering Spider is a very aggressive, highly venomous spider, with a very potent neurotoxin that is known to cause breathing difficulties which will lead to asphyxiation and death. But would you believe this most poisonous spider has a potential to treat erectile dysfunction? Yes, it is true! According to research scientists, it’s venom can cause priapism, a condition that cause erections for hours or days.

Although not native to the American soil, six-eyed sand spiders are extremely dangerous but not aggressive when in contact with humans. Six-eyed sand spiders are related to Brown recluse spiders but their venom can be six times more potent. According to a study, there is no antidote to its venom which causes disseminated intravascular coagulation or DIC, which results in aggressive blood clotting throughout the skin as well as bleeding and death.

The brown recluse, a.k.a the violin spider is the same spider that’s being portrayed in Spider Man movies and is commonly found in western and southen U.S. Brown recluse spiders are small but their bodies can stretch up to a half-quater of an inch. They have six eyes and are extremely deadly.

Remember the Black Spiderman? Yes, that was a black widow spider man! Black widows are usually portrayed in the big screen as villains, probably because of their color and fierce nature. Black widows are easily distinguished by their black color and a bright red hour-glass shape on their bellies. 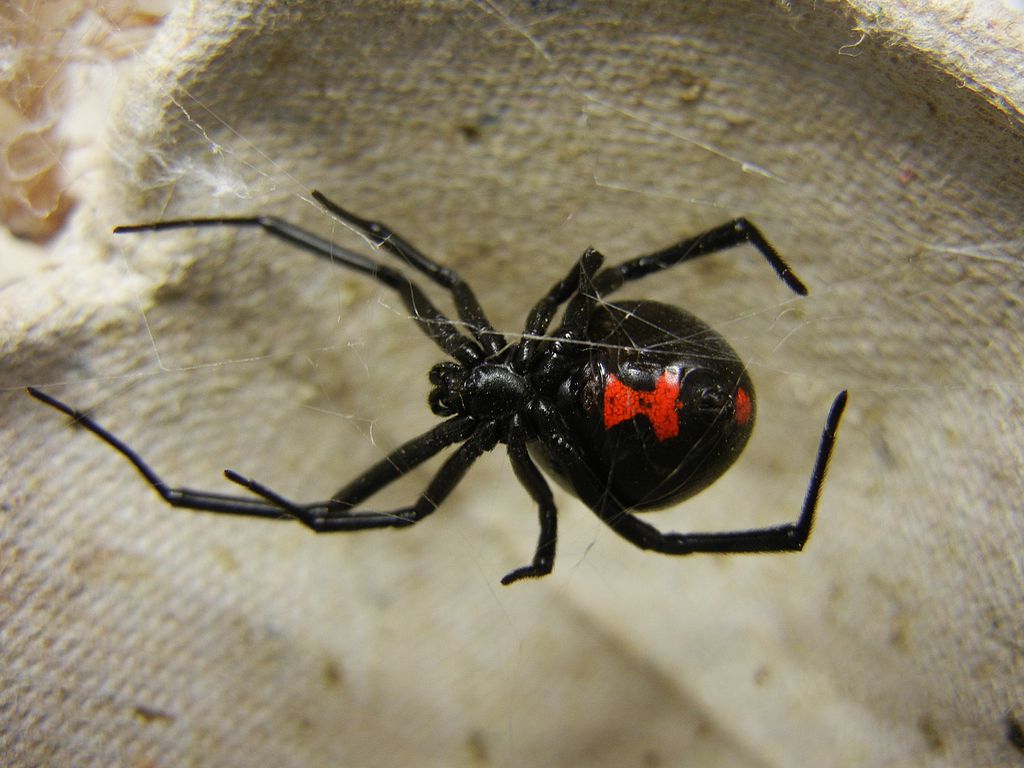 Black widows and brown recluse spiders have the highest incidents of attacks to humans. In fact, most people believe black widows are the most deadly of all the spiders in the United States.

If you see any of the most poisonous spiders above in your house and you are not sure about how to get rid of spiders, you can always count on Richmond Indiana Exterminator. Call us and we’ll take care of all your pest infestation problems.